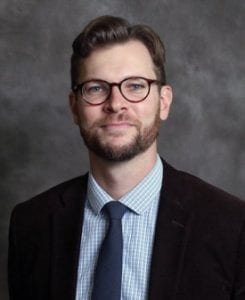 Bryan Henry began his Close Up experience as a teacher, bringing students from Kingwood High School in Texas. At the time, he was an AP U.S. Government teacher who was focused on helping his students not only pass the AP exam, but understand how to engage with history long after the exam. 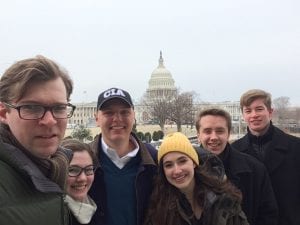 As an educator at Kingwood, Henry cared most about civic engagement and how his students would interact with both their government and current events later in life. He often provided students with opportunities to go out into the community and get involved with local charitable organizations and politics. Participation in Close Up provided his students with an additional opportunity for engagement on the national level. Henry made three trips with Close Up throughout his high school teaching career, with each resulting in a unique experience.

On Henry’s first trip, the group had the opportunity to hear Ralph Nader speak. Earlier that year, Henry had screened a documentary about Nader in his class, as part of the class’ study of interest groups and rulemaking agencies. Henry got to speak with Nader directly and share some of the topics that his students were discussing back home; Nader asked him for a business card, which Henry promptly ordered upon returning to Texas. 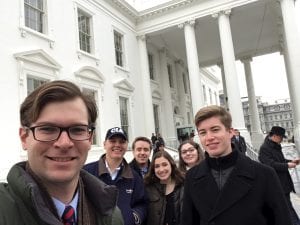 On the second trip, Henry’s group was approved to visit the White House, which brought all of the televised presidential speeches to life. To be in the place where American presidents have walked, to see the portraits of those presidents, and to think about the building’s storied history helped place the concepts of time and development into perspective.

Most recently, Henry’s group arrived in Washington, D.C., during a budget impasse that resulted in a government shutdown, which closed many offices and museums. On Capitol Hill Day, the group was lucky enough to sit in the Senate Gallery as senators argued about whether or not to reopen the government. Henry and his students sat for an hour, in awe, as they witnessed the historic discussion in real time.

Henry’s students had been unable to travel extensively, but the Close Up trip and curriculum helped make history personal to them. He recalls one student in particular, who was very earnest, honest, and often self-reflective. The student participated a great deal in his group activities, built a strong relationship with his Program Instructor, and casually debated with many of his fellow students. After program, the student was better able to evaluate issues on a deeper level, and to have conversations in which he understood the other person’s perspective and put himself in their position. Henry says that only some students truly open up enough to achieve true personal growth. 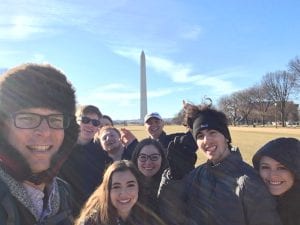 Many students begin their junior and senior years unsure about what they want to do with their life; they don’t know what it means to be in certain fields on a day-to-day basis. But being in Washington and seeing young professionals working for interest groups, think tanks, nonprofits, and members of Congress allows students to visualize different career paths and to truly think about what they want to become. Henry says that at least one student from each of his trips went on to study politics and/or work in government. Although Henry recently transitioned to teaching community college, he looks back on his Close Up trips as some of his favorite memories from teaching high school: seeing the changes in his students, watching them grow, and observing the long-term impacts.

Before leaving his high school position, Henry was nominated for Social Studies Teacher of the Year from the Texas Council for the Social Studies in April 2019. A storm flooded his home in May, leading him to stay with his parents temporarily and then move to another part of town. It wasn’t until August, which felt like years later, that Henry learned he would receive this prestigious award at the National Council for the Social Studies Conference in November. The email was quite a shock, given how much his life had changed in the intervening months, but Henry was immediately thankful and grateful. Throughout his career, he has worked to make a difference; this award validated those many years of hard work. 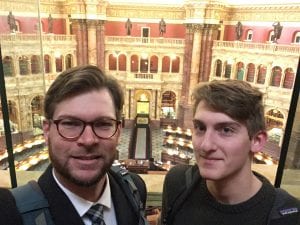 Henry continues to teach, as a professor at Lone Star College – University Park. He also volunteers with his local church and recently announced his candidacy for Texas State House District 130. After the 2016 presidential election, Henry observed many changes in his community and policy areas that needed improvement. He felt that his background in education, policy, and local civic engagement had prepared him to run for local office. “2020 is a pivotal year and I want to do everything I can to impact the process by running an inspirational and active state house race,” he said. Henry’s campaign is taking on issues that impact students and approaching policy from the perspective of parents and educators.

What does citizenship mean to you?

Citizenship is a privileged responsibility. It’s something that you should feel gratitude towards but also a duty towards. The general mindset around citizenship is that I am a member of this community and I have been given certain rights, so I have a responsibility to both contribute toward that community and exercise my rights. We live in a very individualistic society where citizens are taught about their rights, freedoms, and the individual. However, it’s also about the individual’s relationship to the group and membership in that group. Citizenship is an ennobling thing that calls you to be a better person, a better member of the group, and to think about the general welfare.

At the end of the day, all we can do with our life and our decisions is pursuing what we think is right, what will help other people reach their full potential, and make the world a better place. I don’t buy into the notion that the problems and flaws of society are inherent or automatic. By and large we are responsible for anything that is not going well and we have the ability to fix it. Looking at problems in this way helps people feel empowered that we truly can understand inequality and injustice and fix them. If enough people engage and put in the effort to make a change then we can improve.

What issues are most important to your community and your campaign?

I like to focus on my community in terms of what benefits children and students. Following that mindset led me to strengthening the public school system, offering more opportunities for health care, and expanding Medicaid. Our community has the largest uninsured population in the country, so there needs to be adjustments in the way we approach taking care of our children. We are also impacted by hurricanes and floods, so we need to have flood insurance and more natural disaster preparation, and to make long-term investments in the environment. Being civically minded, I also continue to focus on voter registration for young people and access to the ballot across age and demographics.